One of the souvenirs I brought back from our London trip was this adorable little carved bird key box. 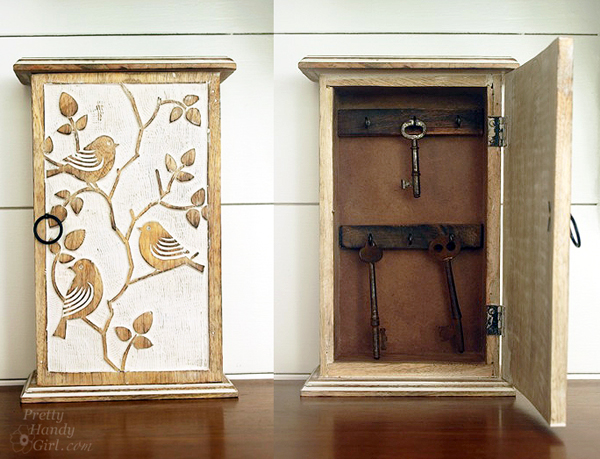 The colors, the wood and the artistic way it was carved spoke to me and told me that I had to have it in my kitchen! Despite the lack of space in our suitcases, I was able to cram socks and underwear inside to make room for it. 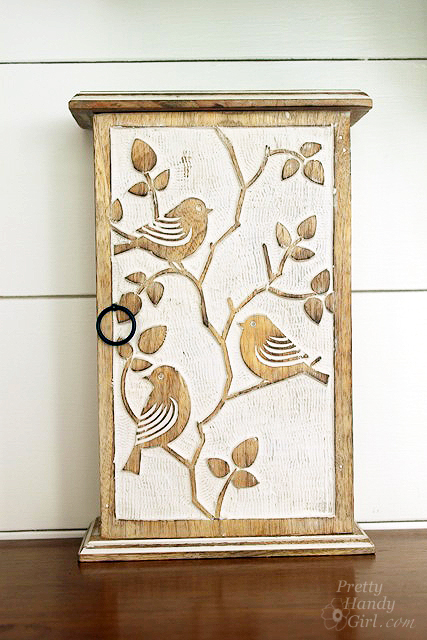 When we got home I found the perfect spot to hang my little key box. Although the box had hangers attached, I knew the daily pulling and key snatching would eventually prove too much for the dinky hooks. So, I simply removed the hangers with a screwdriver. 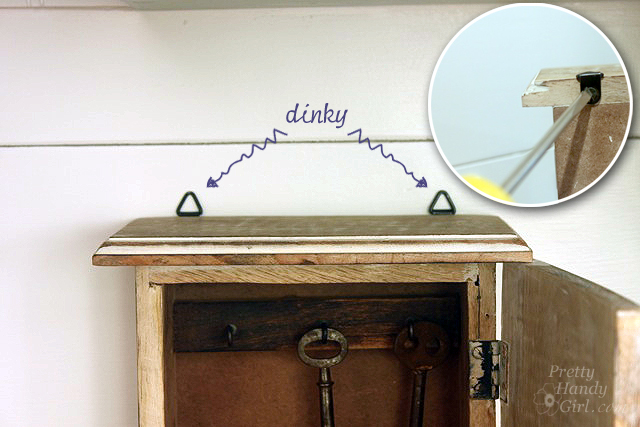 Materials to hang a keybox: 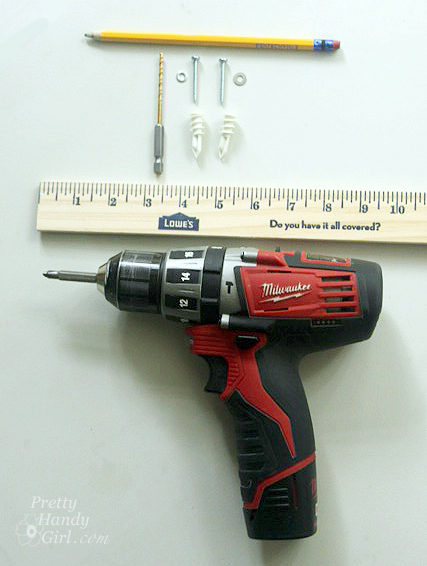 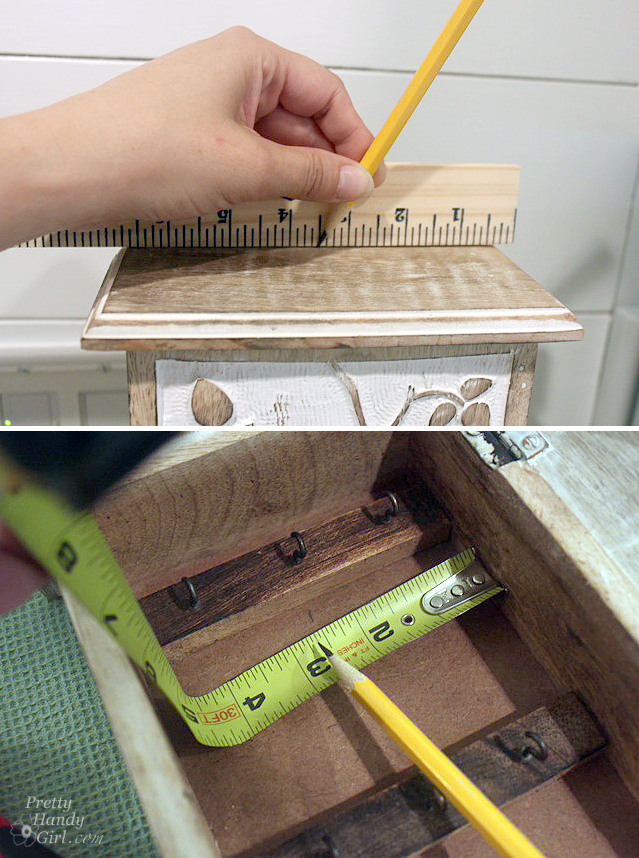 Make a small pencil mark at the center of your wall where you wish to hang the box.

Drill two holes inside the key box where the anchor screws will be. 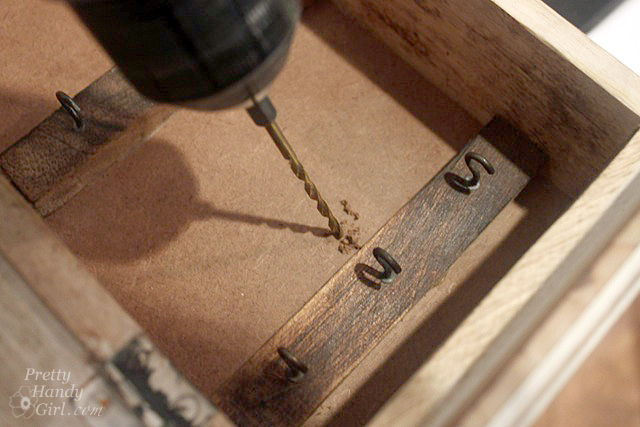 Hold the keybox centered on the wall and level it. Make a small pencil mark inside both holes you pre-drilled. 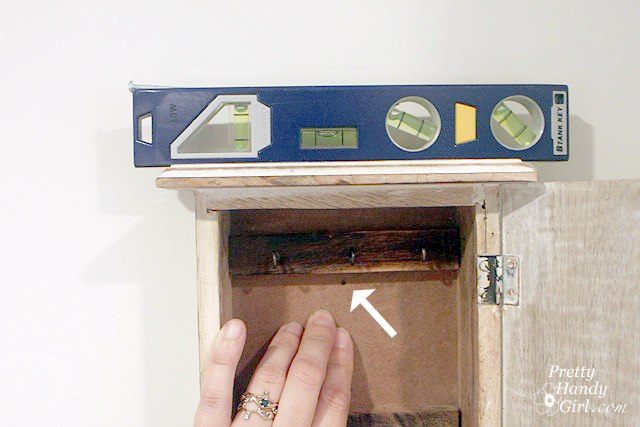 Set the box aside. Drill two small holes into the wall where your pencil marks are. If you have a stud where you drilled you can forego using the anchors. If you don’t have studs there, drive anchors into the two holes in the wall. 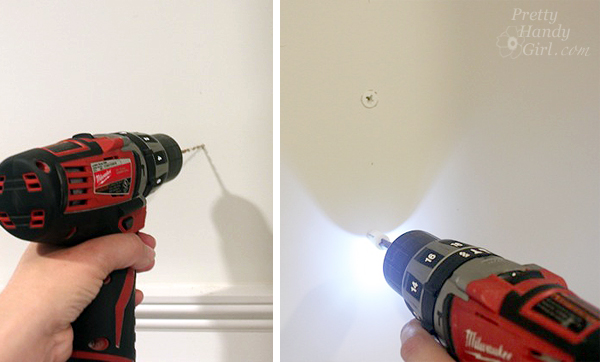 Thread the washers onto the screws. Then secure the screws through the back of the key box and into the anchors in your wall. 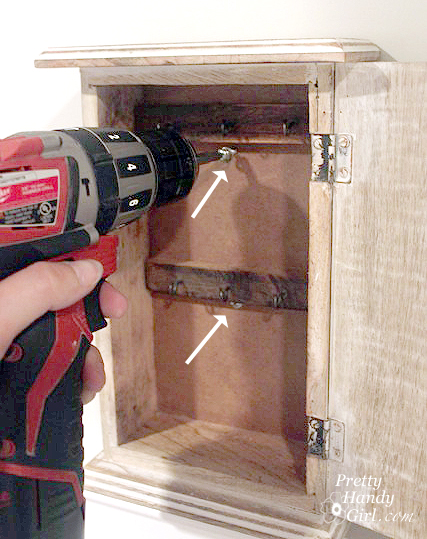 Fill your key box with keys. Rest assured that your box will remain securely attached to the wall no matter how quickly you grab your keys as you rush out the door. 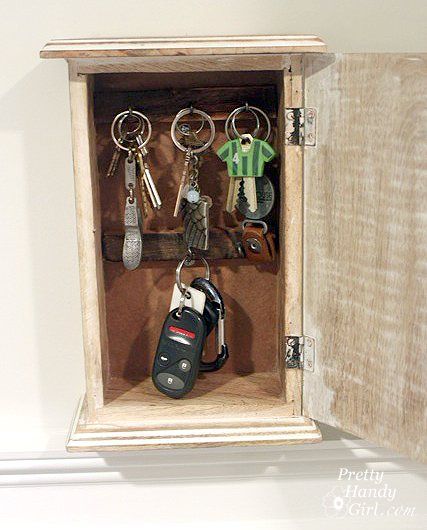 Did I mention that I also bought some vintage keys in Notting Hill at the Portobello Market. 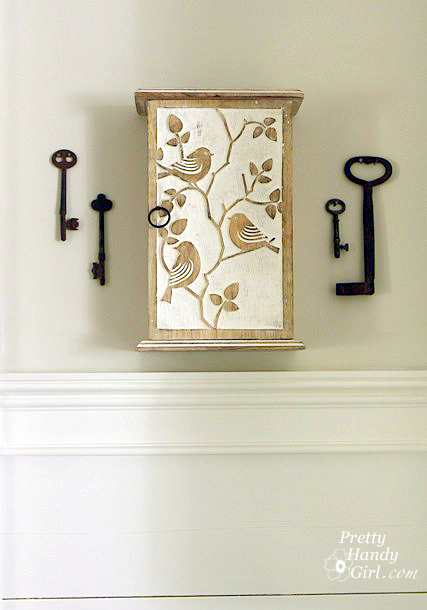 I hung them on either side of the key box with little nails. The shapes of those old keys are so fun! 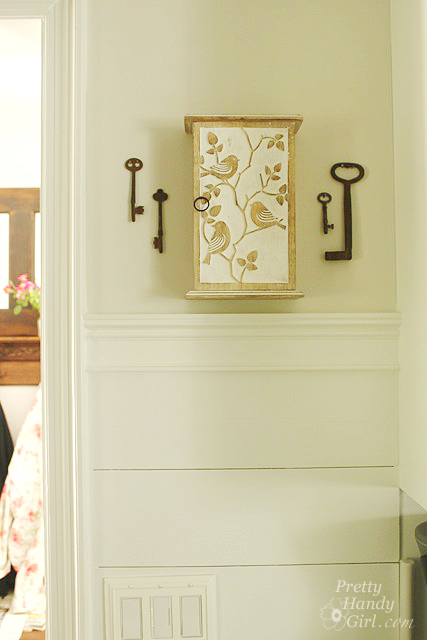 Gotta run! As usual, I’m late to pick up the kids. 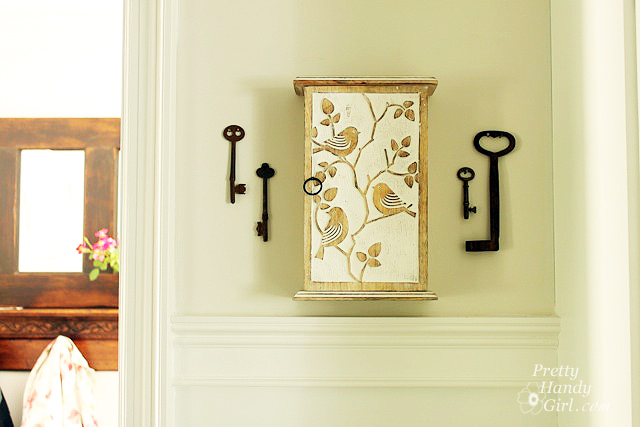 Is it just me, or do antique keys have the coolest shapes? It is amazing to me that they were just a utilitarian object. I think they are art.

Save Money while Reducing Fall Allergens
Scroll to top