Mid-Century Modern design is a trend that is sweeping the design world by storm. While researching lighting options for Millie’s Remodel, I curated a list of possible light fixtures. Here are some of my favorite mid-century modern lighting options. 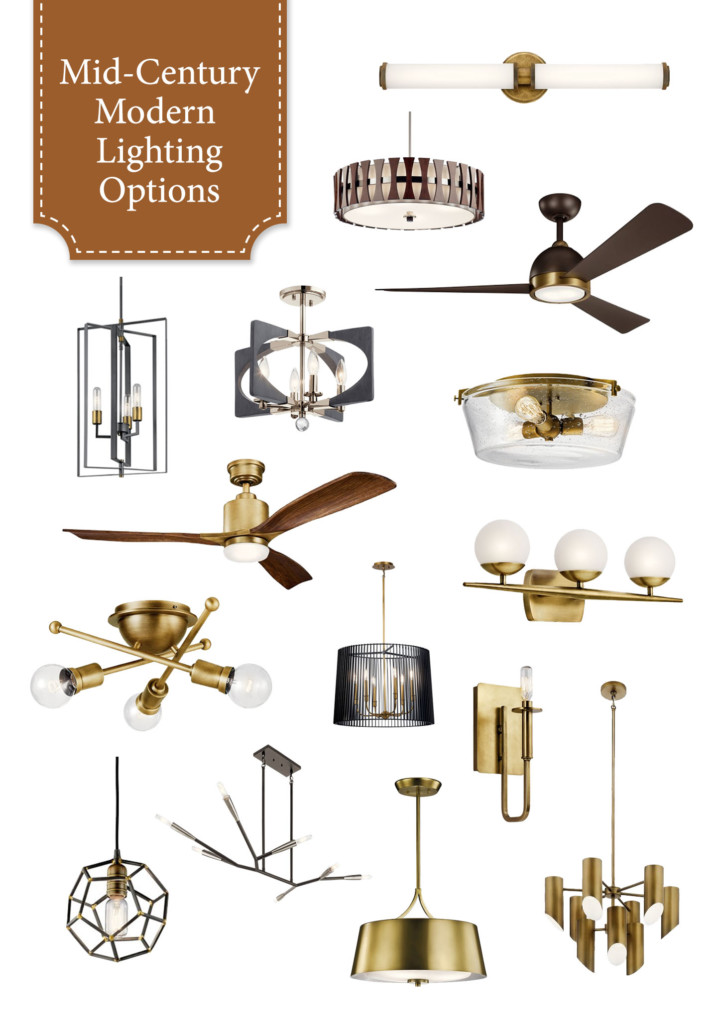 Mid-Century Modern design style is filled with sleek lines, golds, wood tones, and shapes reminiscent of galactic constellations. While looking for lighting options for the Millie’s Remodel house, I spent a fair amount of time curating lighting to fit with the modern style. Luckily I found a fair amount of light options and a few ceiling fans that would look perfect in any mid-century modern house.

Disclosure: Kichler Lighting is a Millie’s Remodel gold sponsor. I was provided with complimentary fixtures for the house.

Chandeliers are often the focal point in a room and for good reason. Typically they are larger in size, elegance, and number of light bulbs than other fixtures in the home. Why not steal the show with one of these mid-century modern style chandeliers? 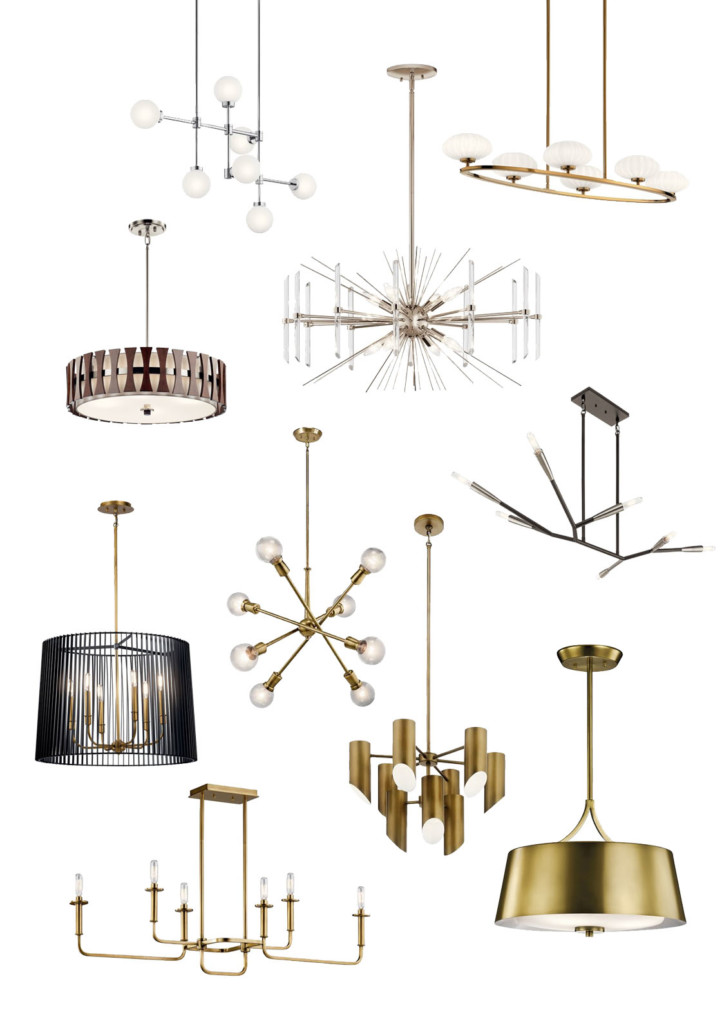 Pendant lights might be my favorite light fixtures after chandeliers. With their smaller size, pendants can fit perfectly over a sink, paired in a set of two on either side of a mirror, or in groupings over an island or bar. These are some great options for Mid-Century Modern pendant lights. 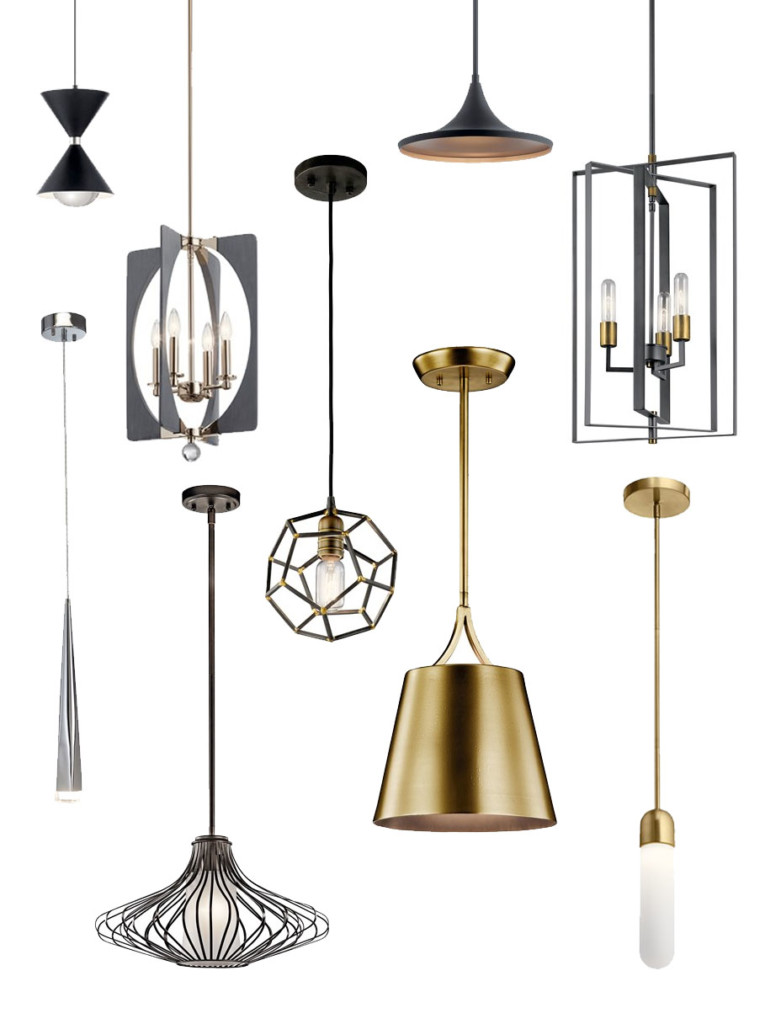 When you have low ceilings, flush mount and semi-flush mount light fixtures are a necessity. Meet a whole crop of beautiful mid-century modern inspired ceiling lights. 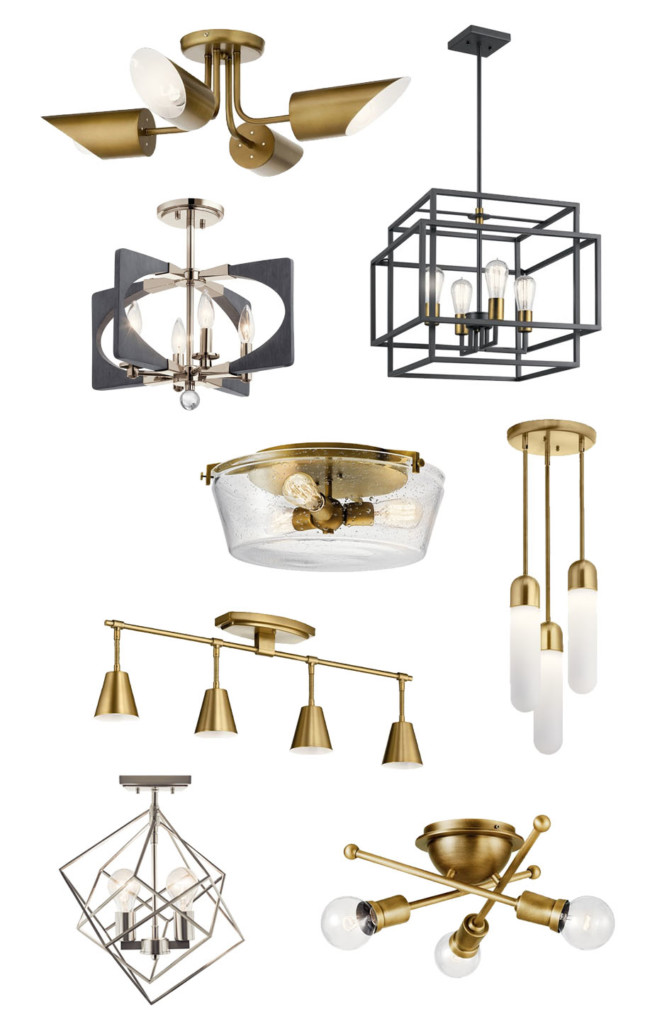 Bathrooms are the primary location for wall-mounted lights, but look close for other opportunities to use wall-mounted lights. Sconces are right at home on either side of a window, doorway, or to add lighting on a staircase. Regardless of where you want to install them, here are some great options for mid-century modern wall-mount lights. 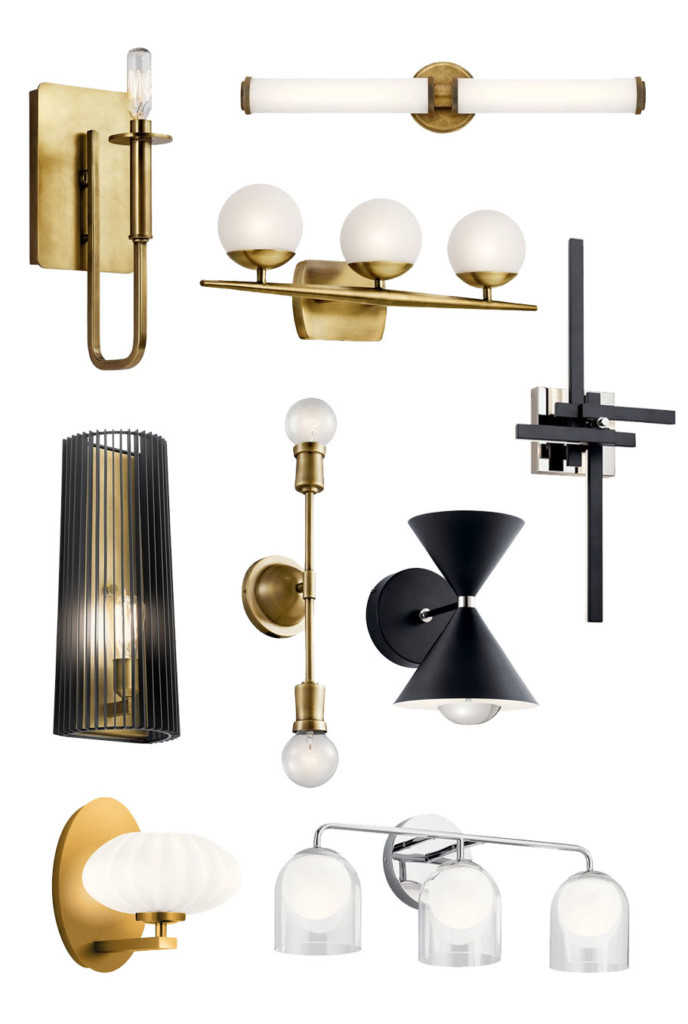 Those of us that live in warmer climates know sometimes you need a ceiling fan paired with your light. There’s nothing like a hot and humid evening to encourage some airflow over your skin to cool off. Below are several sources for ceiling fans that pair nicely with mid-century modern furniture and fixures. 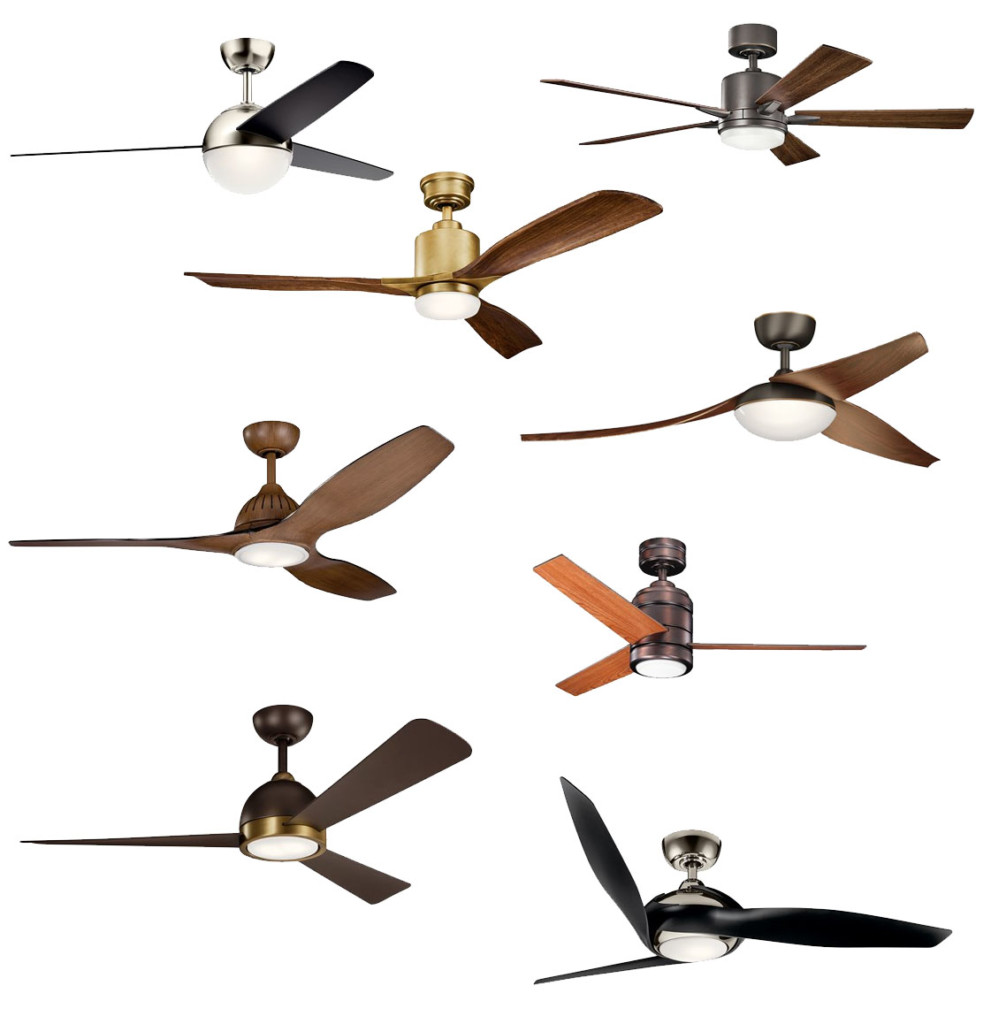 Are you embracing the mid-century modern design trend? I’d love to hear which are your favorites.

Disclosure: Kichler Lighting is a Millie’s Remodel gold sponsor. I was provided with complimentary fixtures for the house.