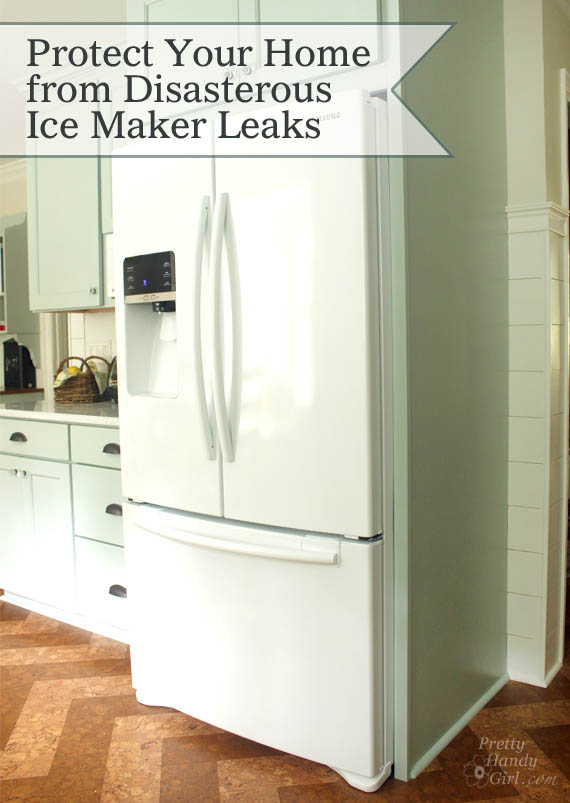 Two of the main causes of leaks in a kitchen are dishwasher and ice maker water line leaks. They can be slow drips that accumulate over time and leave costly damage and potentially hazardous mold spores. Our leak wasn’t caused by either of these (we had a polybutylene pipe burst), but after having our kitchen gutted as a consequence of a water leak we are a little sensitive to the issue. As we built back our kitchen, we decided to take precautions to prevent Costly Refrigerator Leaks. 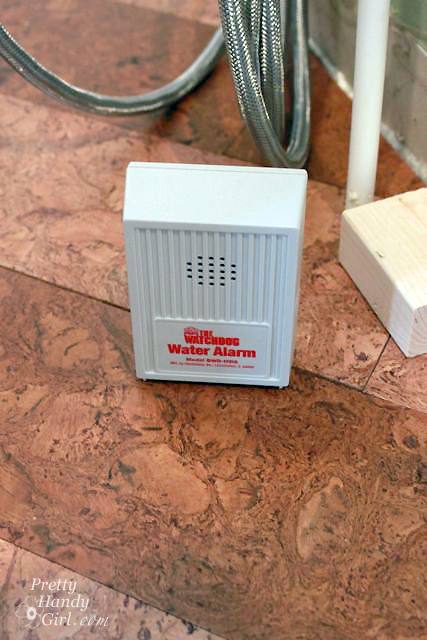 The first thing we did was buy several water alarms. These are battery powered devices that have electrodes on the base. If water touches the two electrodes it sets off an alarm. One alarm sits under the kitchen sink, a second one sits behind the dishwasher, and a third one sits behind our fridge. 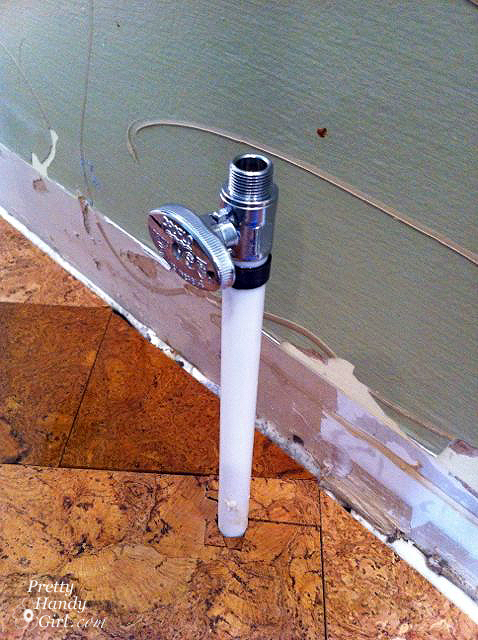 When our plumber moved our water line, he installed a stronger rigid pvc line instead of the flexible plastic tubing that was used before. The PVC pipe is less likely to break. But, I still wasn’t taking any chances. I also ordered a braided steel supply line to hook up to the ice maker. 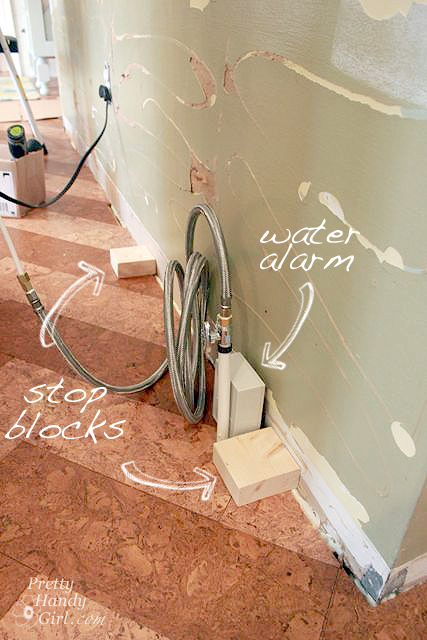 Before the fridge cabinet was built, I set two blocks (scrap 2×4’s) behind the fridge that act as stop blocks and prevent the fridge from crushing the water line. 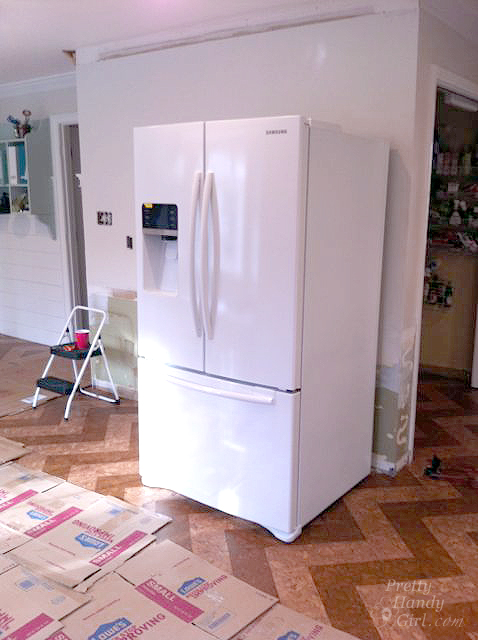 Before the cabinet was installed I checked that the water line was safe from being damaged by peeking behind the back of the fridge. 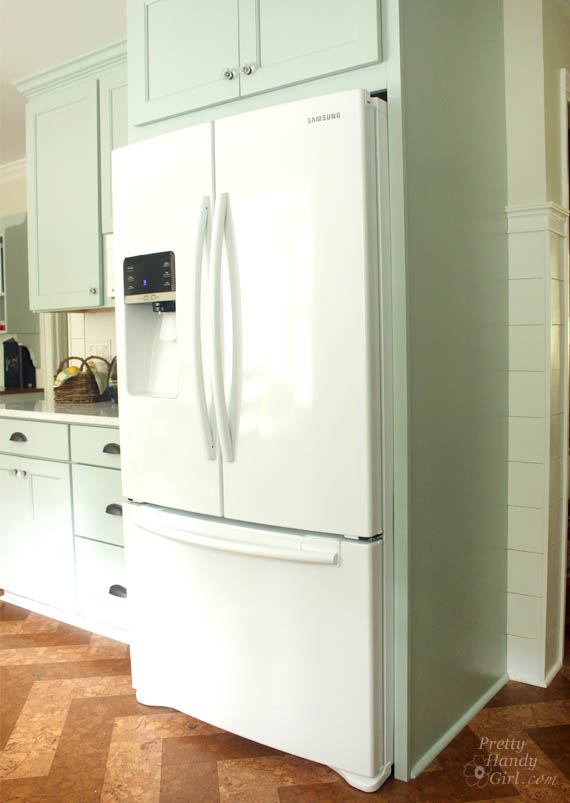 After the cabinet was installed, I taped the water line up onto the back of the fridge, then gently rolled it into the cabinet until it reached the stop blocks.

I can rest easier at night and hopefully eliminate any more water leaks in our kitchen. I will also be changing the batteries in the water alarms at the same time I change the batteries in the smoke detectors (twice a year when we change our clocks in the Spring and Fall.)

Do you have an ice maker line in your kitchen? Have you checked it lately to make sure it isn’t leaking? Take precautions to prevent the headaches of a water leak (I speak from experience. It’s a big ole’ headache!)

How to install landscape bed black edging
Scroll to top