If you had three days (72 hours) in the UK where would you go? Last year Pretty Handsome Guy and I had this exact dilemna. We had three days to explore London and the surrounding area. It was a whirlwind trip and we walked 10 miles the first day, 8 miles the second and 7 miles the third day. We saw plenty and brought home many pictures and memories.

I was reminded of our trip this week as the world is turning its lens on London for the upcoming Royal wedding. I hope you will enjoy some of the photos from our trip last April.

Warning: This is a photo intensive post, so I promise to keep the chatter to a minimum. 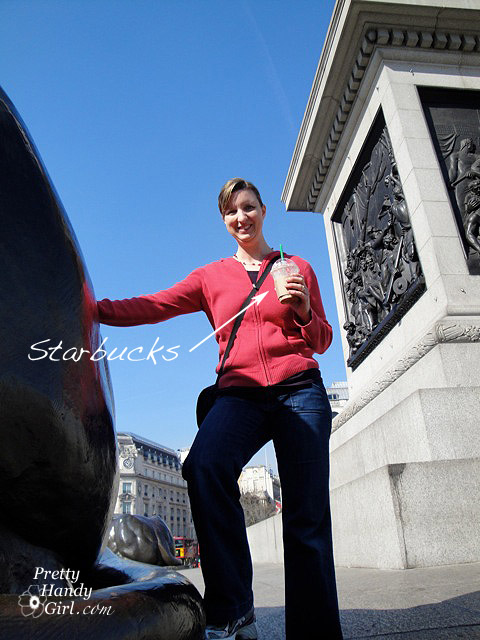 Me in Trafalgar Square with my Starbucks in hand. 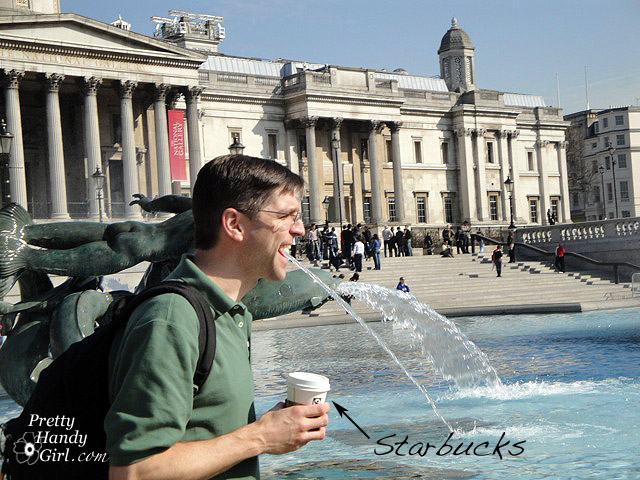 Pretty Handsome Guy and I are such American tourists! We HAD to have our Starbucks every morning. Sheesh.

Okay, now that we got our Starbucks confession out of the way… 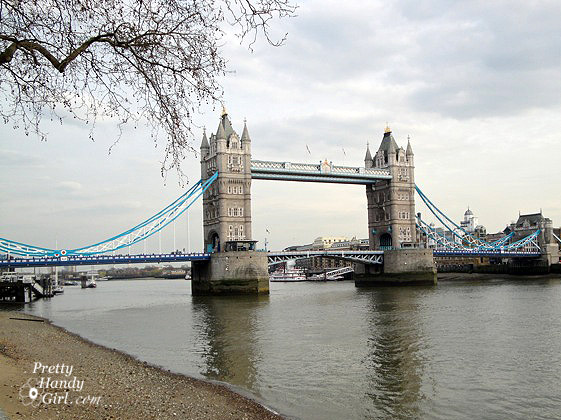 Tower Bridge over the Thames River 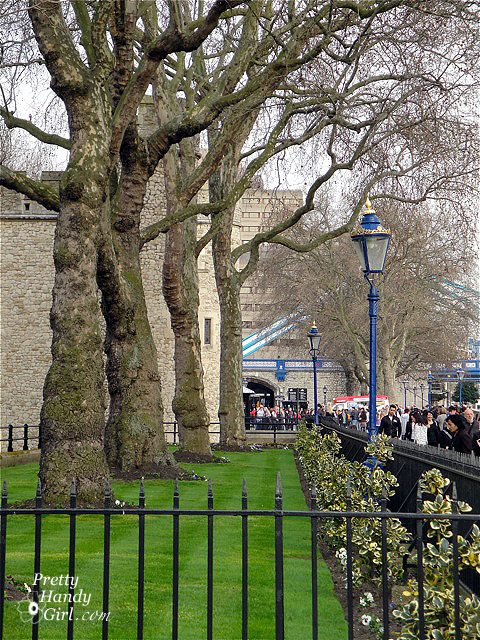 Gnarly trees near Tower of London 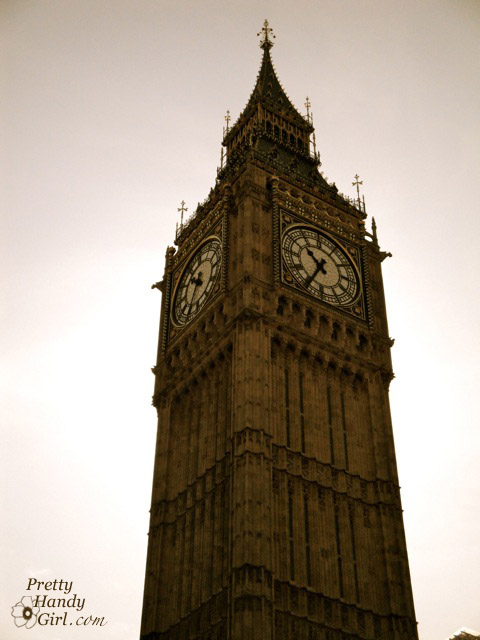 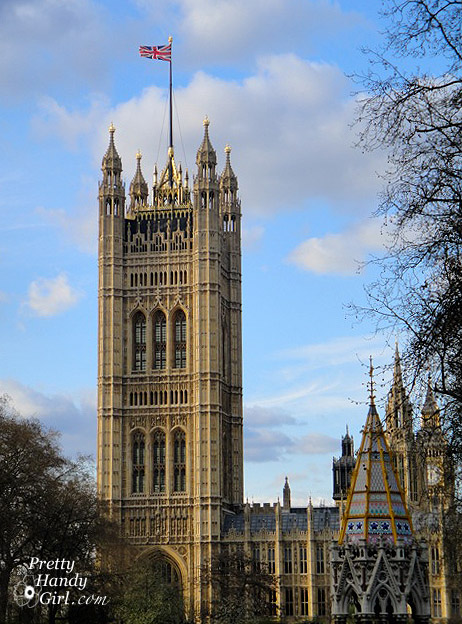 One of the towers at Parliament flying the Union Jack 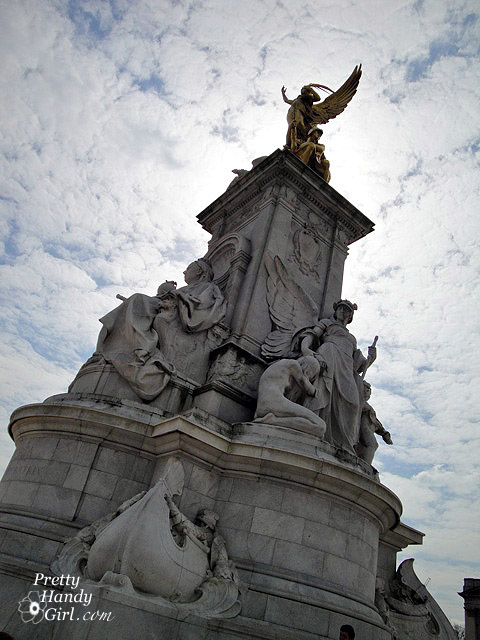 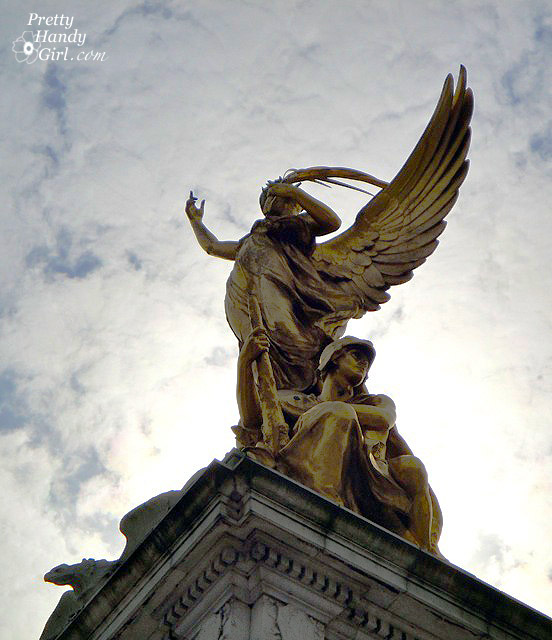 The winged figure of victory atop Victoria Memorial 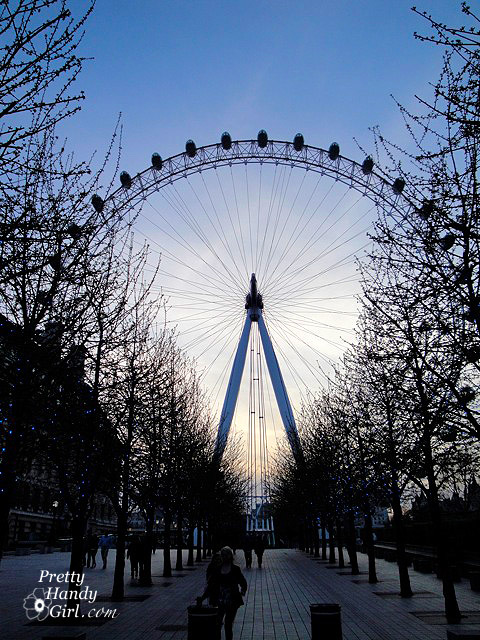 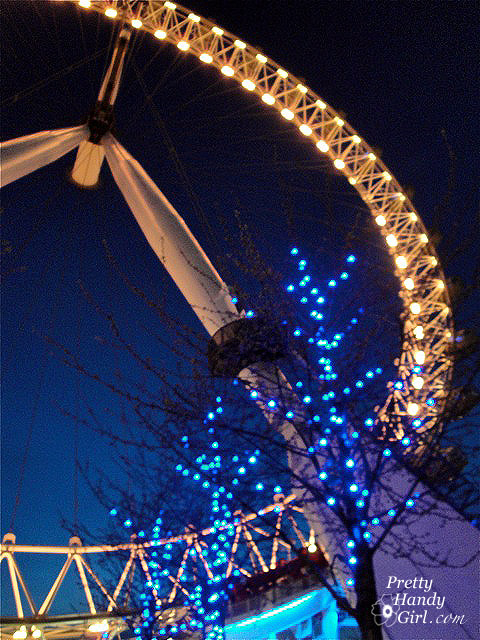 The London Eye up close 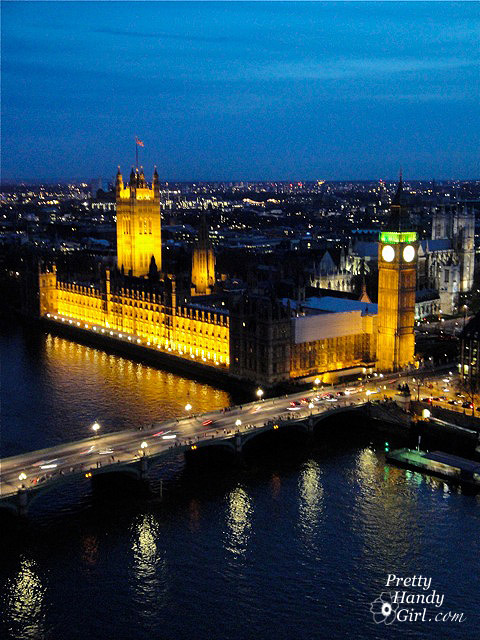 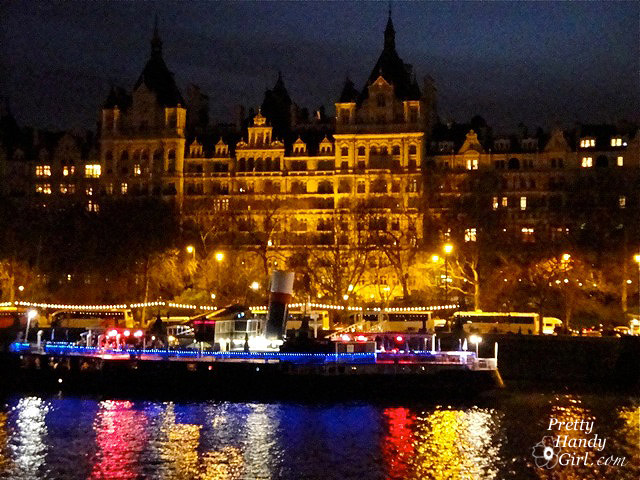 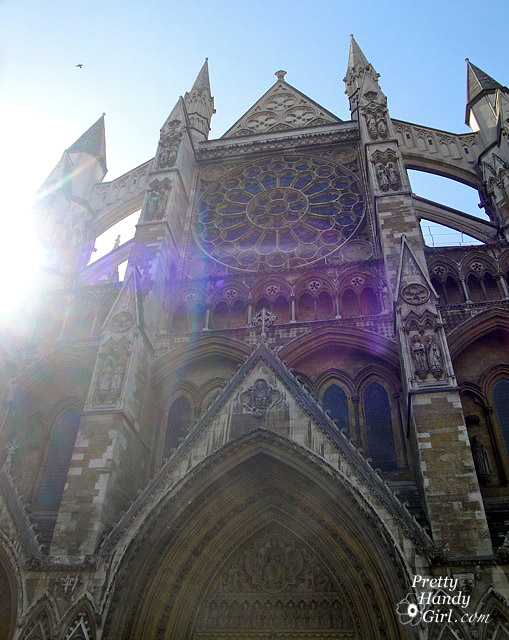 North Entrance of Westminster Abbey (where William and Kate will tie the knot, but you already knew that.) 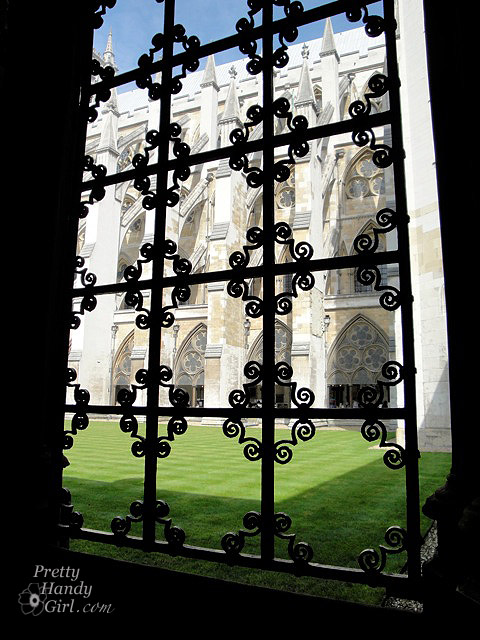 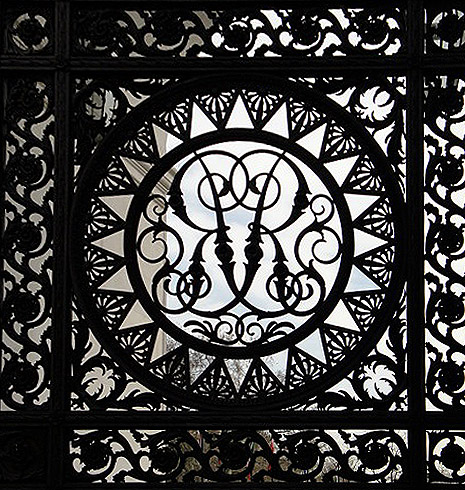 Speaking of ornate ironwork! A section from gates near Speaker’s corner at Hyde Park 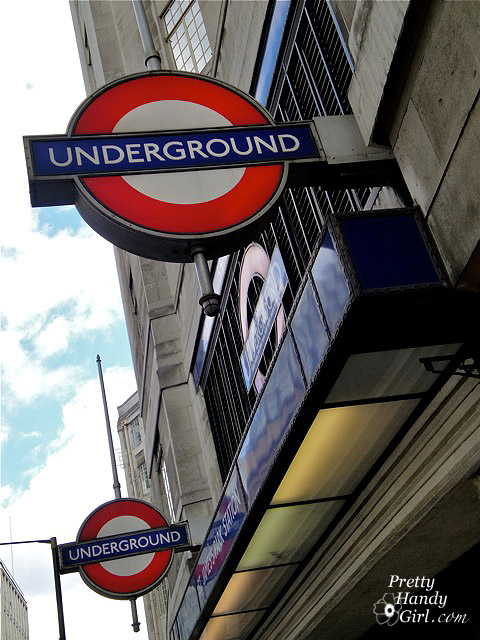 The London Underground aka The Tube

We spent one day in Windsor touring the castle, the town of Windsor and Eton (just across the river from Windsor). I highly recommend taking this day excursion outside of  London! 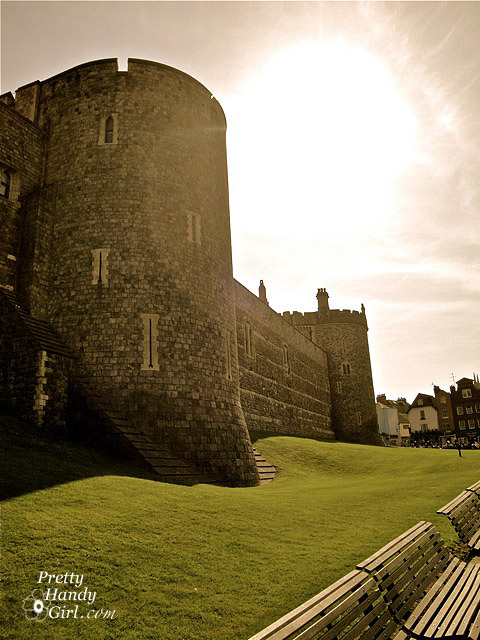 Windsor Castle in the morning 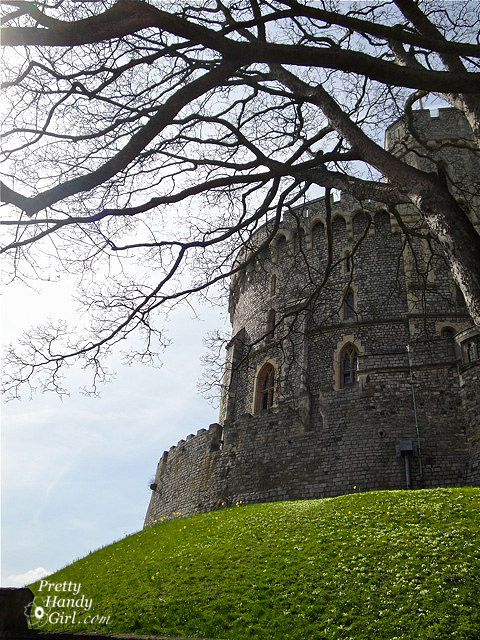 More views of the Round Tower at Windsor Castle 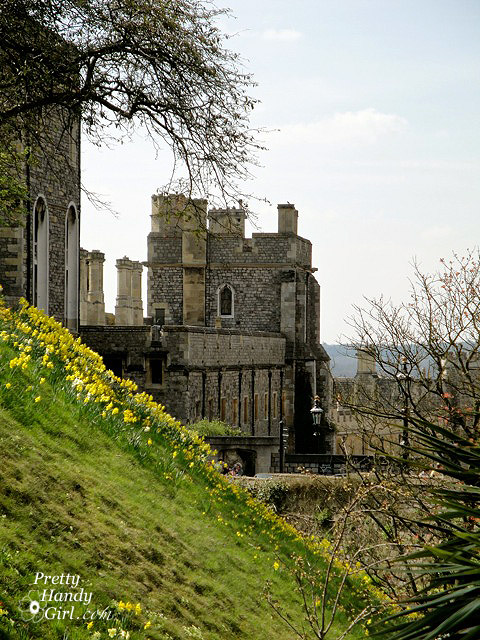 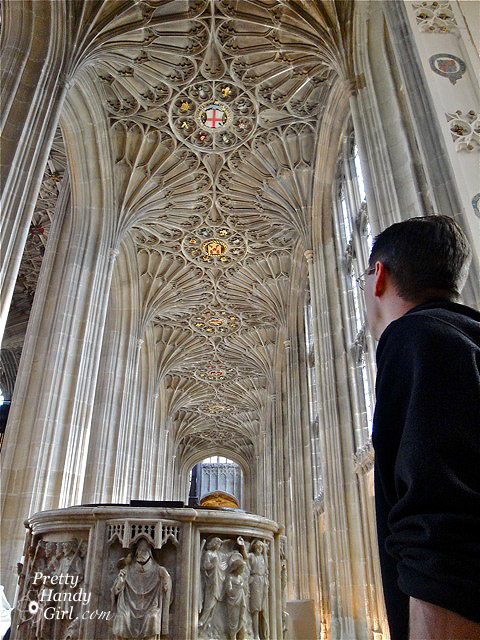 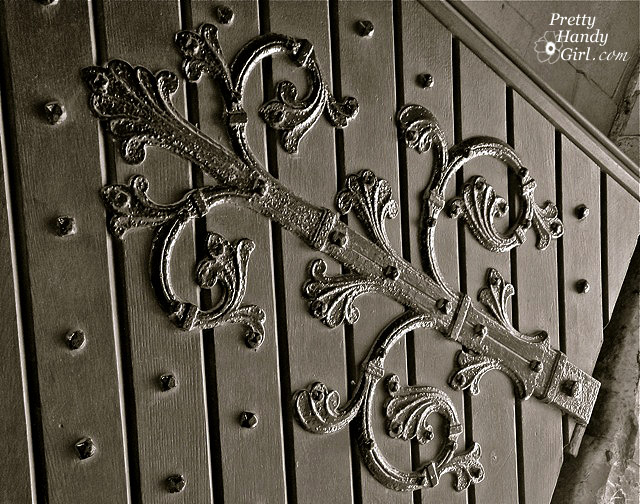 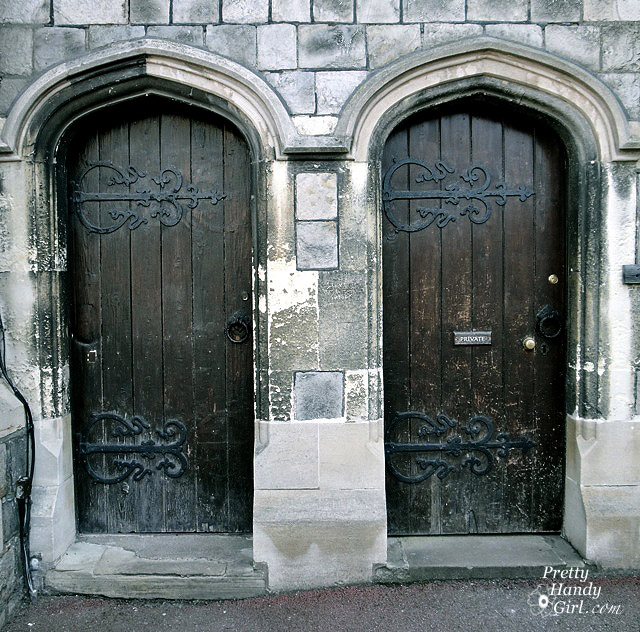 I fell head over heels in love with many of the doors in Windsor and Eton. Here are just a few more: 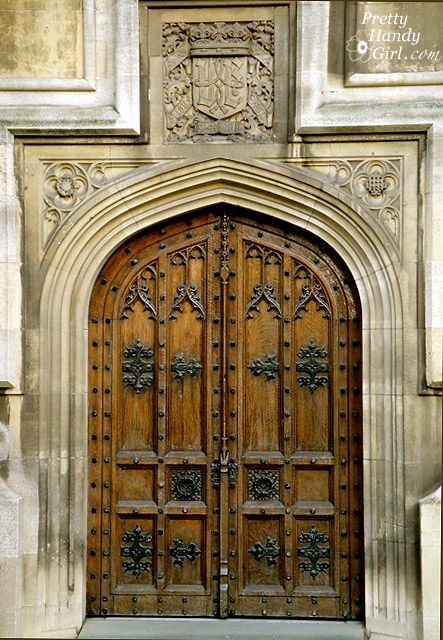 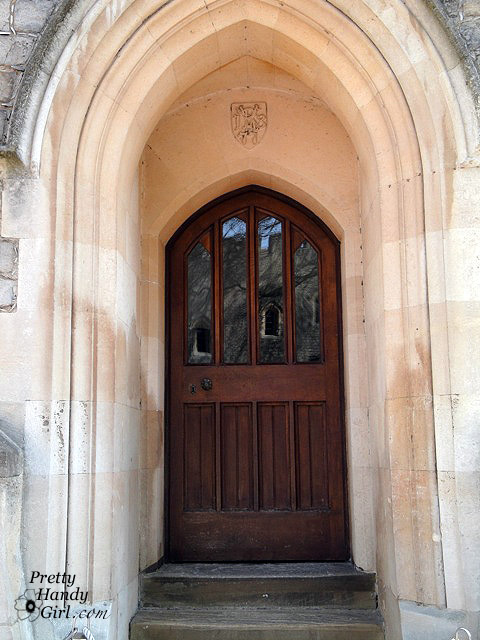 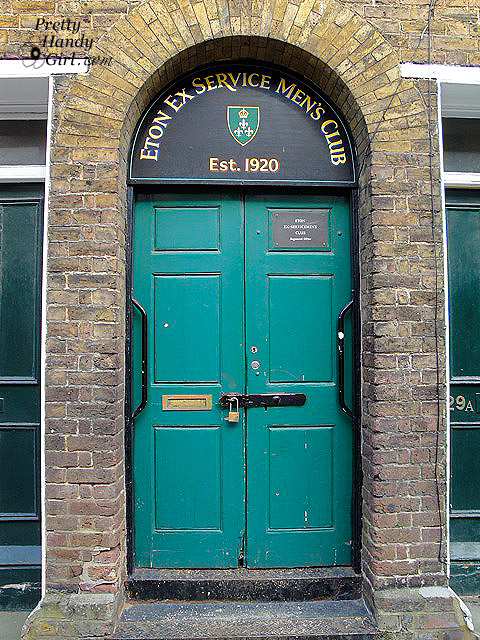 I love the color of these doors! 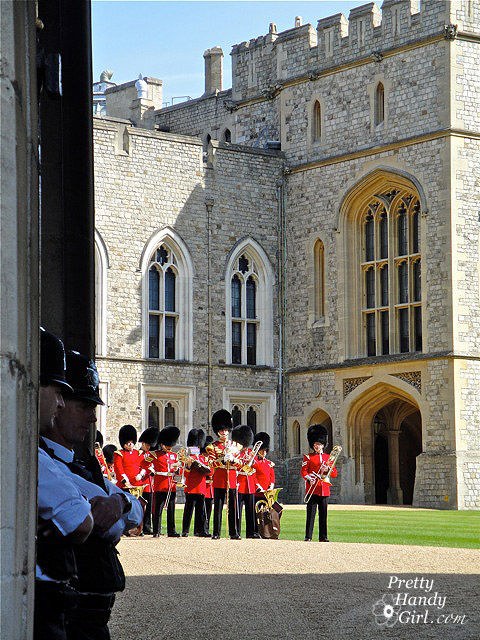 While at Windsor Castle we saw the obligatory changing of the guard. The royal band played a few songs for the queen. It must have been all request day because they played: Livin’ La Vida Loca by Ricky Martin and Eye of the Tiger by Survivor. I am not kidding! I couldn’t make that up.

We’ll be back to our regularly scheduled DIY posts on Friday! And I’ll be glued to the telly watching the Royal wedding! Am I the only one old enough to remember watching Charles and Diana’s wedding?