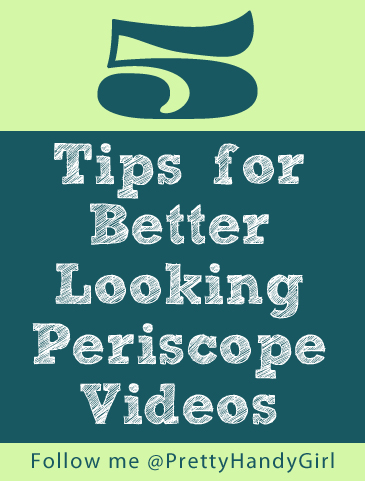 Are you using Periscope yet? I know my initial thoughts were, “No way! I am not going to sign up for yet another social media platform. This Handy Girl ain’t got time for that nonsense.” This weekend I was bit by the ‘scope bug. Granted, this happened after an initial dive into the Periscope world where I dropped in to watch some random guy driving to work. Seconds after his face appeared on my screen, he said, “Welcome, Pretty Handy Girl.” I was so freaked out that I dropped my phone and was afraid to pick it back up for fear that he could see me. Gahhhhhh! Creepy!

But, this past weekend I gave Periscope another try after learning a little more about it at Haven. This time I realized that random strangers can’t see me. They get a little notification when you drop into their video feed. I saw that many of my fellow blogger friends were on Periscope. I could drop in and see them in their homes, on vacation, or whenever they wanted to share with me.

I’ve begun creating helpful video tutorials and sneak peeks behind the scenes in Pretty Handy World on Periscope. This is raw footage and you may just happen to see a stray stuffed animal in your face or me perched on top of a ladder at the top of the stairs.  That’s life in our home.

My friend Stacy described Periscope best when she said, “It’s like Vine and SnapChat had a baby.” The videos are short lived and only last 24 hours on Periscope, but I can save them to share with you later. Plus, I will be saving future Periscope videos on Katch.me! I definitely think this is going to be a powerful new platform. It will allow us to be teleported across the world and be able to view what’s going on in real time.

If you are just signing up to use Periscope or haven’t yet. Here are my 5 Tips for Better Looking Periscope Videos: 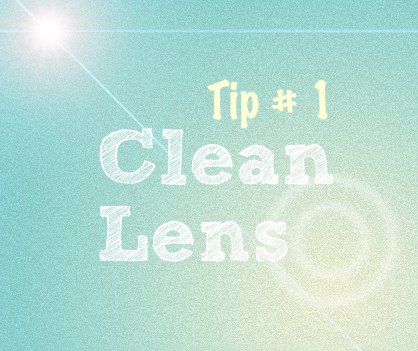 Yup, sounds stupidly simple, but before you push that broadcast button you’re going to want to grab a lens cloth and clean both the front and back lens on your phone. 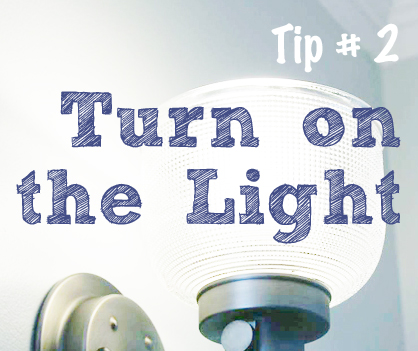 If you are broadcasting from inside or at night, turn on a few lights. Bounce light off the ceiling or use a directional work lamp (aimed at the ceiling.) Make sure the light source isn’t behind your head. You can also set up near a window and face the window while the camera is on you. Basically, dark videos are grainy and hard to watch. Read to the bottom to see some of the lights I recommend. 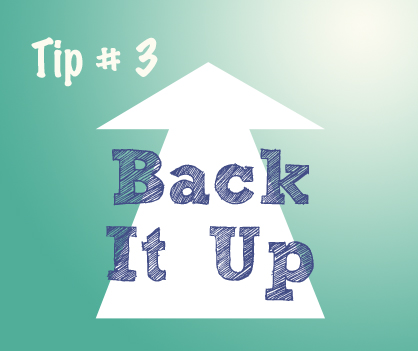 If you are sharing your home, back up…way back! Close ups of the counter tops and backsplash in your kitchen are nice for a minute, but not as appealing to view as an entire room view. Also, videos of your face super close will distort your face. Invest in a selfie stick or tripod to get that camera away from you. 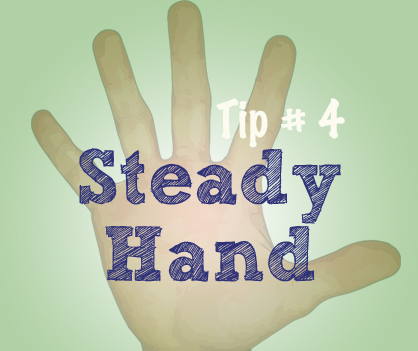 This is a tough one to accomplish if you don’t use a tripod. Try to use two hands when your camera is facing away from you. Walk slowly to avoid jiggling the camera too much. Do your best.  Be aware that super shaky videos can make some viewers feel motion sick. 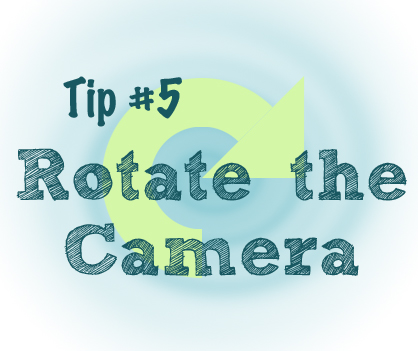 Unlike the annoying Portrait View videos on YouTube, Periscope can broadcast both Landscape and Portrait. And the viewers can turn their phones to match your view. For this reason, try using your camera upright for “Facetime” style videos, but turn it landscape when you are giving a room tour or view of the outdoors. Let the viewers see more of the scenery. Unfortunately the comments will continue to scroll in the Portrait view.

You don’t need any special equipment to Periscope. Just a phone and the Periscope App. But, if you want to up your game and create appealing Periscope videos that will draw more people in, these are a few of the tools I use (affiliate links): 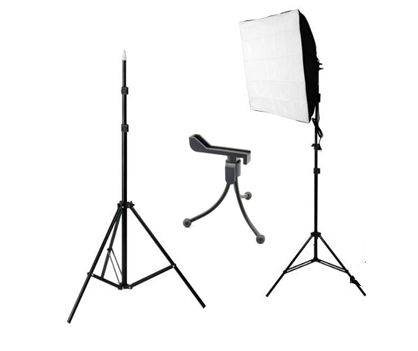 Hope to see you in Periscope soon! You can search for me @PrettyHandyGirl 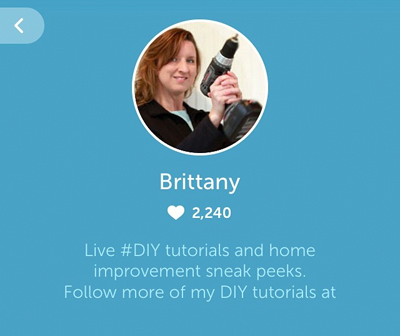 Want to learn more about all the ins and outs of Periscope? Read Ana’s complete guide to Periscope.

DIY Pouf Ottoman ~ Tutorial and Lessons Learned
Scroll to top
We use cookies to ensure that we give you the best experience on our website. If you continue to use this site we will assume that you are happy with it.Ok