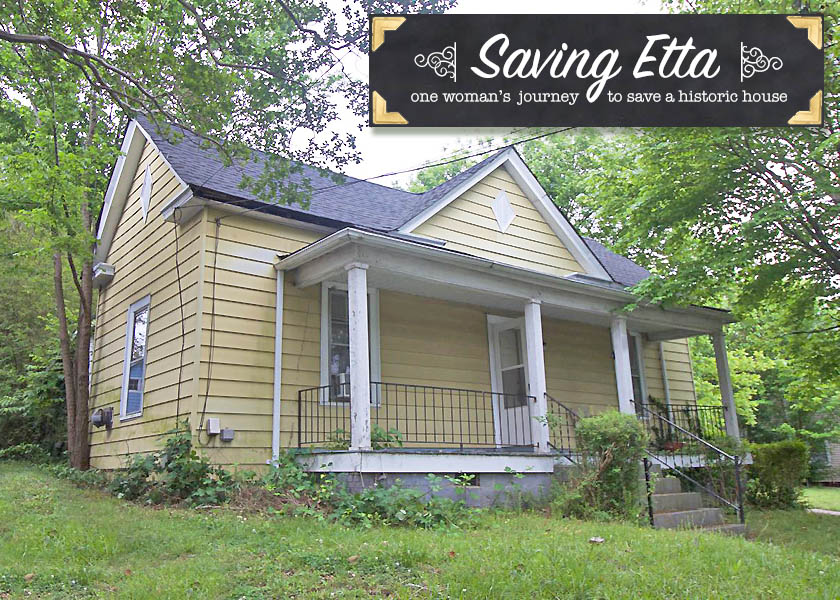 The offer had been submitted. In the morning, my realtor Lori sent over the contracts to sign. She asked me to re-sign a buyer’s agent contract. Lori called me to explain, “Did you know we started this journey to find you a house to flip three years ago?” I couldn’t believe it had been that long.

It was 2014 when we stepped into the foyer of that little ranch house. The odor of dog urine wafted into our nostrils as Lori made a coughing sound. She stood patiently while I scoured every inch of that house with a flashlight in hand. (As is common with foreclosures, the power and water had been turned off.)

There was a fist-sized hole in the bathroom floor where the toilet used to be. In actuality, most of the flooring in the home had been removed. The fiber board that remained was worn along a path of familiar travel. Kitchen cabinet shelves sagged and showed tell tale signs of a water leak. Several of the cabinet doors were falling off their hinges. A large pet-sized hole had been cut into the door in the garage and the deck was one rusty nail from falling apart. 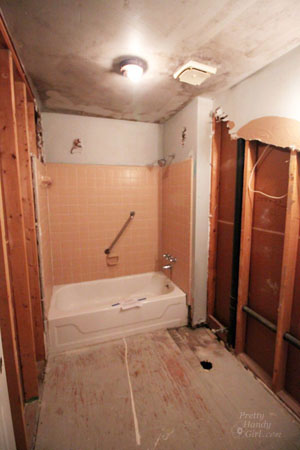 This was the house that taught me you could learn a lot from the crawlspaces and attics. Typically I’ll look in the crawlspace of a potential flip house before entering the front door. The crawlspace in the ranch had several red flags: a large pool of water in the crawlspace; a pit dug into the earth; water dripping from pipes; and multiple spots where the subfloor had rotted. The attic looked good, no water stains or visible signs of daylight permeating the roof.

Regardless, the home had fallen into disrepair, but my vision for this house was perfectly planned down to a fresh coat of light gray paint and a bright red front door. This house would be a charming suburban oasis when it was done. It was easy figuring out my budget and how much I could offer on the house. Having lived in the neighborhood for almost a decade, I knew all the comps in the area. But, this was my first foray into bidding on a home that was being sold as-is.

Lori helped me prepare an offer and submitted it. Hours later, the bank told us there were multiple offers and to re-submit our best and final. My husband, Mike, and I discussed an amount we thought we could handle, but in the end it wasn’t enough. I lost the house to the only person who could financially make it work: a flipper who intended to move in with his family and fix it up while they made it their home.

There would be two more homes I fell in love with after that. Both were located near downtown Raleigh and both pulled at my heart strings (and purse strings.) Sadly those two weren’t meant to be mine. By now I thought I had learned how to avoid getting attached to a house. Unfortunately Etta had a way of charming me.

I felt it in my heart that this was the one and knew almost the minute I walked into Etta’s front foyer. This house was meant to be saved. It had too much family history that deserved to live on. I couldn’t let this house be bulldozed.

After a brief online search, I learned that Etta was built in 1900 in a historic African American neighborhood of downtown Raleigh. The architectural style was listed as Triple A style with an attached porch, gable returns and a diamond shaped attic vent. These were all features that had lasted for the life of the house.

The day after Lori submitted the offer, I kept my mind distracted by running errands, building a wine storage rack, and taking the dog for a walk. For a change of scenery, we deviated from our regular loop and included a detour behind the nearby shopping center. The space behind strip malls is always ripe for freebies and discarded treasures. Sure enough, as I neared the second dumpster I spotted two doors laying on the pavement. One was a solid wood exterior door with four windows along the top. The second door was a half window door with many panes of glass missing or broken. But, the first door still had all the glass intact. The door was dirty but looked like it might clean up nicely with a little elbow grease. With Etta still on my mind, I pictured how the door would look with a fresh coat of paint centered with the porch. The windows would help add more light in the front foyer and up the welcome factor. If my offer was accepted, I would come back and pick up the door. But honestly, I knew the house would be mine to finesse and restore. It was just a feeling I had — a faith that it was meant to be mine. 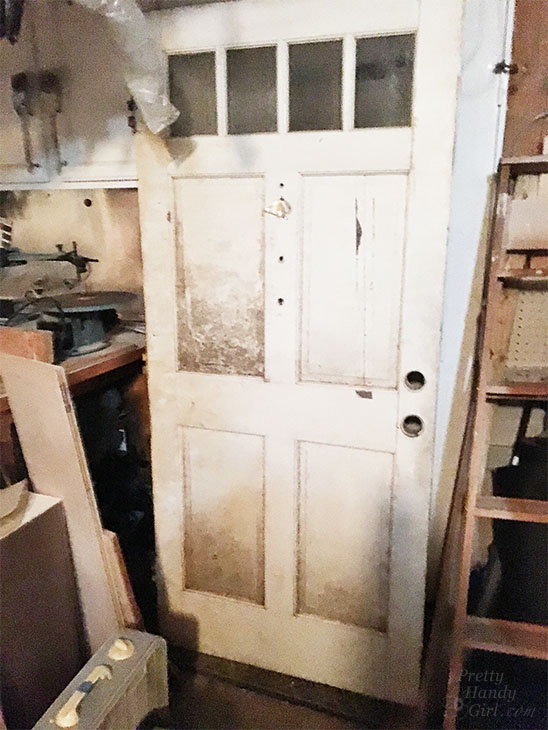 A few more hours passed before Lori texted me. She relayed that the seller was very pleased I didn’t intend to tear down the house. Lori swore this was a good sign, but the waiting continued. Finally at 5:15 pm my phone rang while I was grocery shopping. My arm froze in the air with a bag of carrots in hand. Lori’s voice boomed from the small cell phone, “They accepted your offer!” She was so excited and happy. I was elated, but also felt that familiar nervousness. The voice inside my head reminding me I had no business fixing a dilapidated house. I thanked Lori for calling and headed for the check out line.

Walking in the door with groceries dangling from each arm, I told Mike that Lori had called. He guessed immediately that my offer had been accepted the minute he saw my face (he knows me too well.)

At dinner I explained that I needed his help to rescue a door with me. I’ve never invited him on my trash saving excursions, but this time I needed his help to lift the heavy door into the car. We drove behind the supermarket under the blanket of darkness. I spotted the door and he helped me lift it into the car. Just as we were about to close the trunk, a woman and her poodle walked out of the darkness. She didn’t say a word, but nodded when I said hello. We sped off laughing about what she must be thinking about the couple picking up a trashed door from beside a dumpster.

That night I fell asleep thinking about all the work that had to be done on Etta. I hoped I was woman enough to rehabilitate her to her former state of glory. And I hoped the salvaged door would fit in Etta’s door frame.

Find out what turned up in the inspection in Chapter 5!